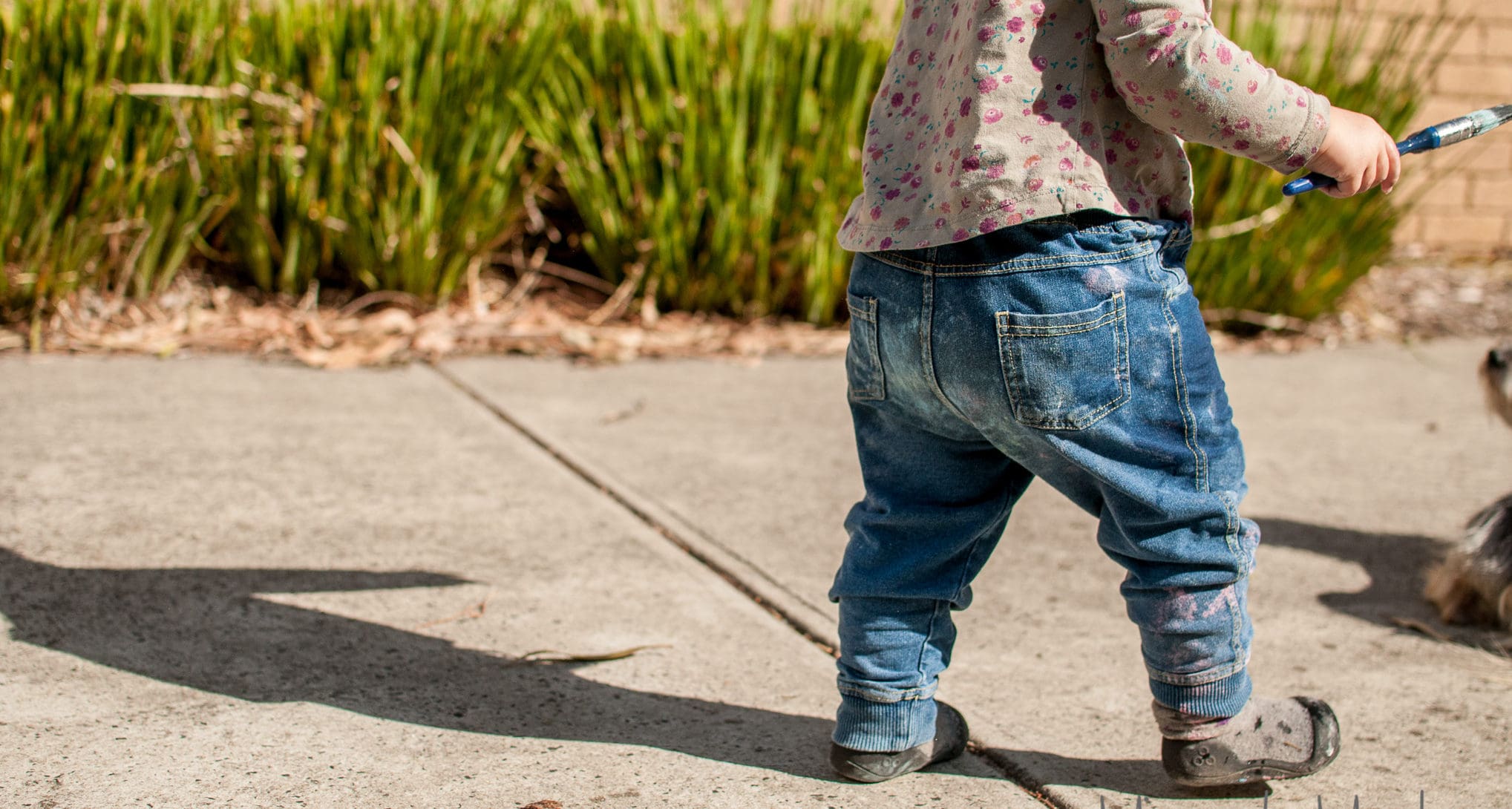 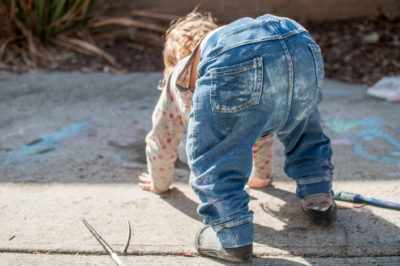 When did I become that mum that would rather clean up her mess than stop her making it? When I follow her around the supermarket saying ‘Sorry’ and ‘Just go around’ versus wrestling her into the trolley? Where I end up buying the jar of sprinkles she’s been using as maracas during the entire shopping trip… Where I stand in the car park for ten minutes until she decides she’ll get into the car seat… Where I dread passing a set of stairs because I know we’ll have to walk up and down them for at least 15 minutes… There are still some non-negotiables like hold my hand or be picked up around cars and you can’t have that because its hot/sharp/my most prized possession that I don’t want covered in texta, (and we explain why its a non-negotiable) but then I do let her stand up in the bath?! (In my defense, there is a non slip mat and she’s done it from a very young age and is quite balanced… so why would I wage a power struggle if there isn’t a safety issue?) 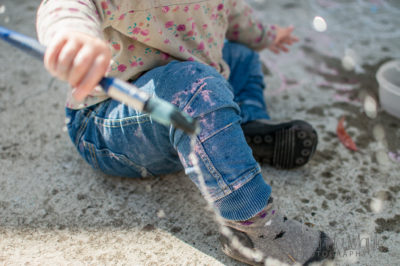 What happened to my plans for making nutritious food?  It was never going to be grass fed, organic, low carb, paleo, macrobiotic, pro-gut-flora, vegan homemade fare but it was definitely not going to be the snack size packets of pretzels!  Why are my good fine liners ruined and dried out?  Why does my carpet have whiteboard marker scribbles? And where did the Montessori methodology of a small number of toys in reachable baskets that were put away before the next came out go?  The house proud domestic goddess within has shut herself in a small room and dreams of a happier place where just traversing a room doesn’t involve chance encounters with bricks, balls, puzzle pieces, pencils, many magnets and potentially more than one toothbrush!  And what the hell happened to the no screen before two years of age rule?  So perfectly planned daily outings and activities don’t happen but more radio than TV would be a nice start… (she laments whilst typing with the toddler on her lap who is watching music videos on the other screen!?!)

I guess reality happened. And education happened.  Toddlers have so little control of their lives and so little control of their emotions you just have to empathise and pick your battles…   Step one is a quick check of the reason why I want a different outcome to her, and if its because of mess or expectations or something else non-life threatening, then step two is fall back to a default: ‘just say yes’.  Understanding that to her this isn’t about manipulation or power in a traditional sense she is just doing and learning all day. (Although why doing and learning all day involves so much mess or walking up and down the same set of stairs over and over is sometimes incomprehensible!)  This parenting gig is already so draining I can’t imagine fighting her every decision because it inconveniences me.  I also cannot imagine not respecting her enough to explain my decisions or not providing emotional support when she is upset irrespective of its cause. 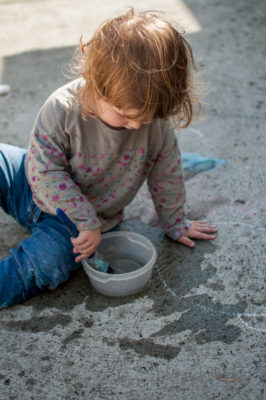 To answer my own question I think I became ‘that mum’ when I became Riley’s mum.

I’ll finish with a poem I wrote on a bad day… and whilst she is plugged in, I might head over to google and look up a few new craft activities to replace some of that TV time…

My skin is dull, my hair goes grey,
My baby loves me anyway.
The wash piles up. The house? a mess!
Can’t remember my last decent rest…
There’s snot, there’s poop, there are tears and spew,
Thankfully joy and laughter too.
Some days last weeks – I’ve lost all of me,
You demand love and support constantly.
But you’re only small for a little time,
And the hand you reach for won’t always be mine.
You’ll wave goodbye as you walk away,
Not needing my entire day.
So I’ll remember to cherish hugs grime and all,
And ignore texta on carpets and bath water on walls.
I’ll reminisce about your inscenstent chatter,
Knowing the mess etc. just didn’t matter.

For more info on the definition of gentle/attachment/authoritive parenting check this out.  (And yes, I know buying that jar of sprinkles wasn’t very authoritative at all!)  And here’s a fun read from a mum trying authoritative parenting for a week. 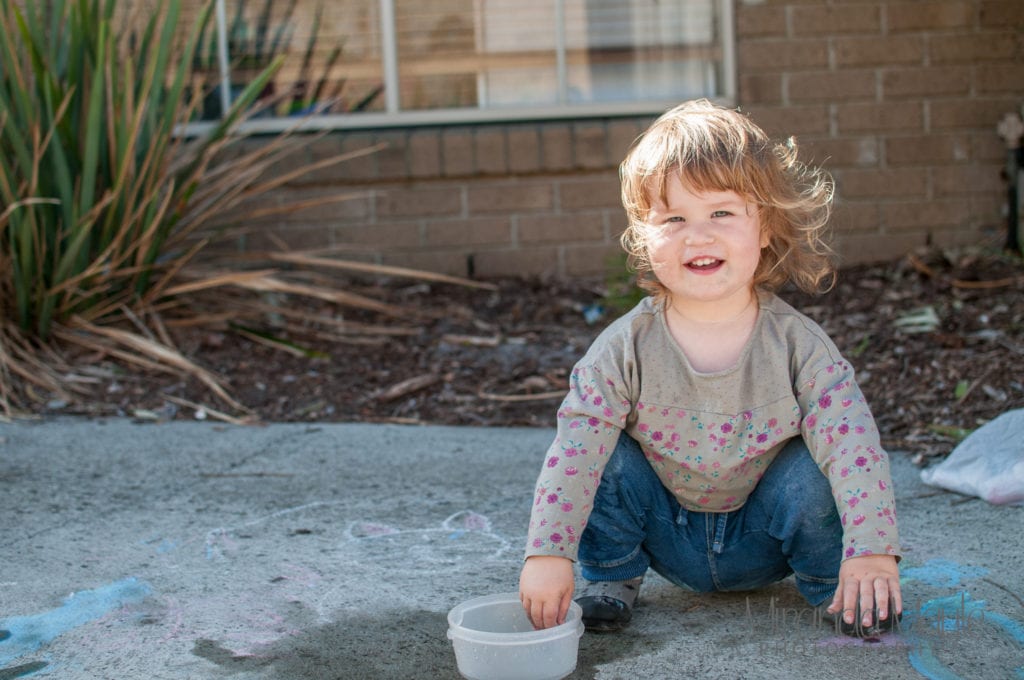